I have been working with stone since the early 1990s when I was directing an archaeological project in Canterbury Cathedral. Since then my work has evolved from medieval-style sculptures to forms based on the natural world and organic forms.

I have also been preparing a 2m tall Prehistoric stone axe for display in a garden in south Wales. A maquette of the sculpture is shown below in Madale fossile limestone alogside one of my standing stones in Forest of Dean sandstone with gilding. 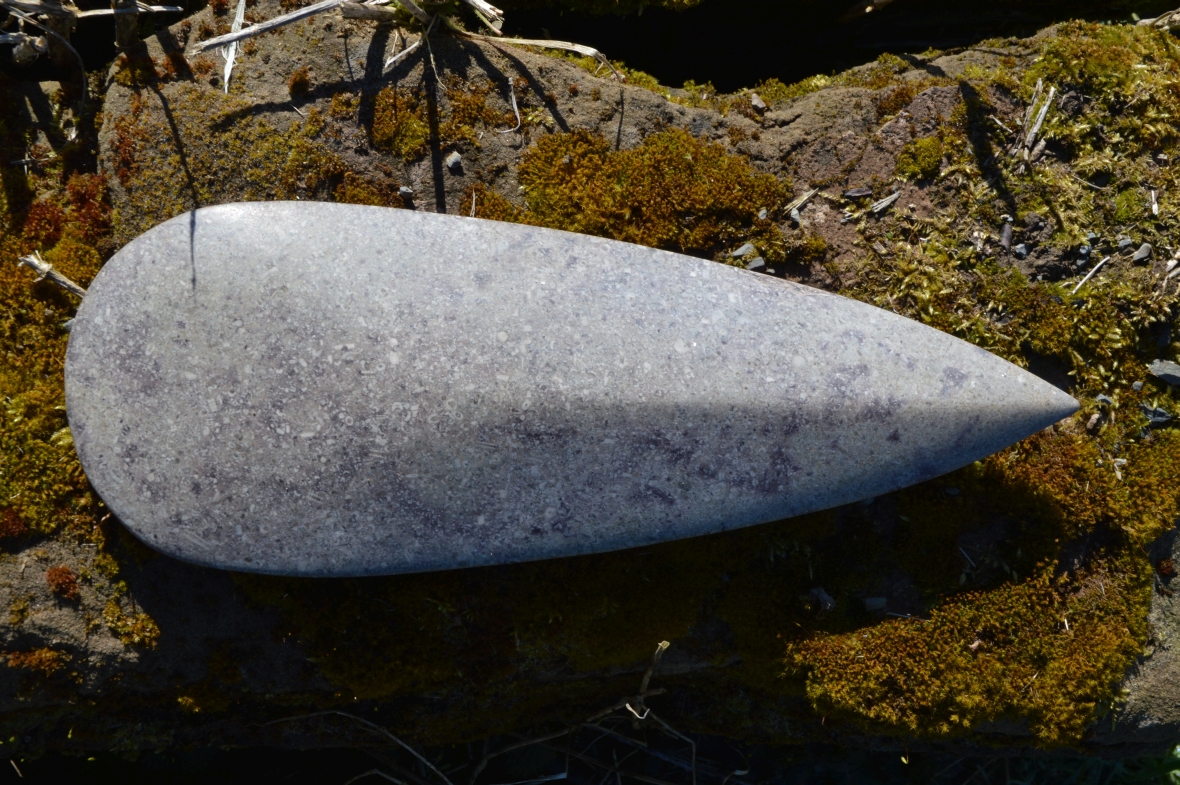 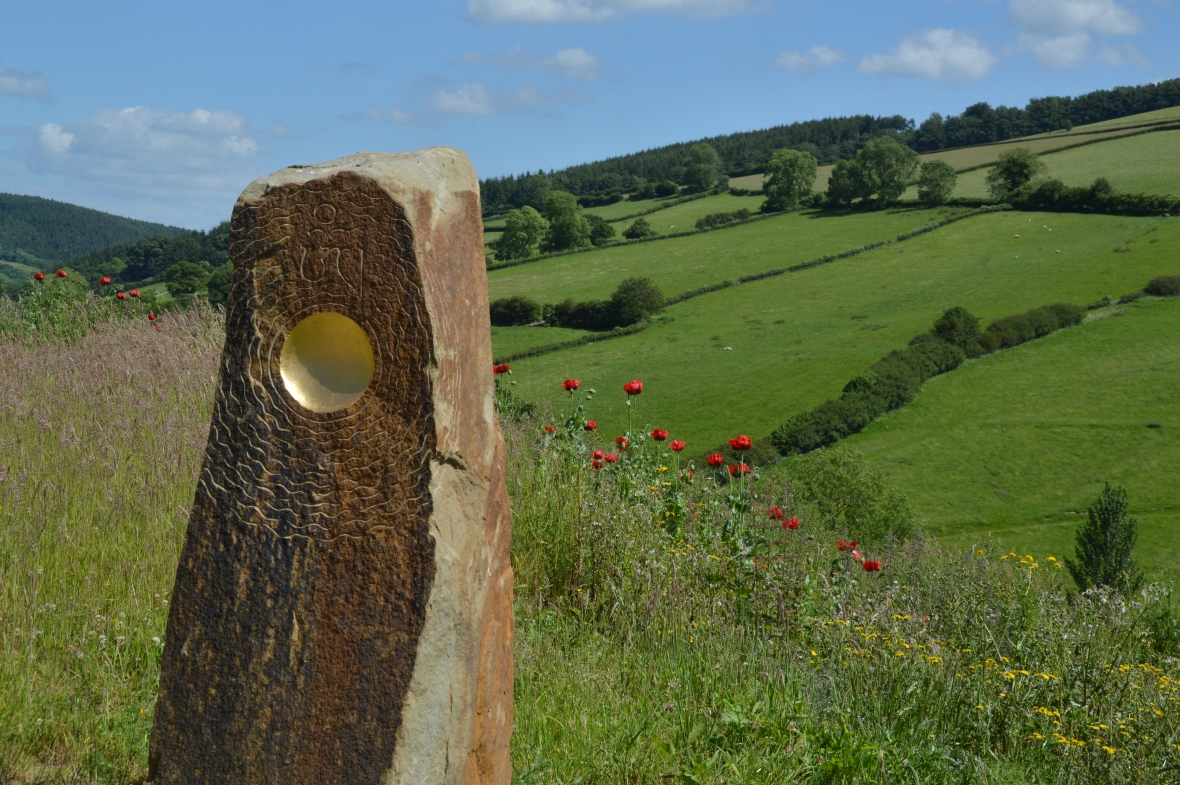 I work from the farm, using the chapel as a working space in winter 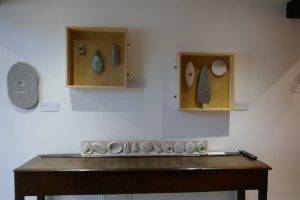 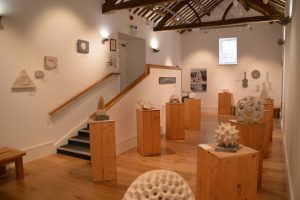 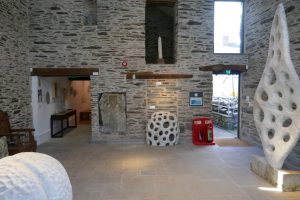 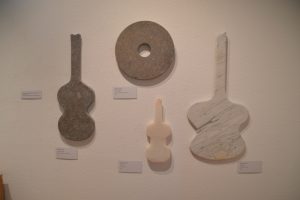 And preparing for that show…